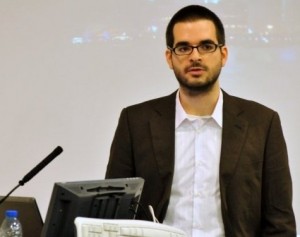 From June 2015 to December 2015, I worked at Qatar University and Carnegie Mellon University as a research scientist and software developer. In worked in particular on real-time visual data processing, coverage optimization algorithms for micro Unmanned Aerial Vehicles (UAVs).

In June 2012, I joined Qatar Mobility Innovation Center (QMIC) at the Qatar Science and Technology Park in Doha, Qatar as a research and data scientist.

Before moving to Qatar, I have been a postdoctoral researcher at Verimag lab. I have worked in the Synchrone team from Mach 2010 to June 2012. Before that, I have been a PhD student, between 2006 and 2009 at INSA de Lyon (CITI lab). I also received a Master degree from Université de Lyon in 2006 and have been a visiting researcher at Northwestern Polytechnical University (Xi’an, China), in 2008. Additional personal information can be found here.